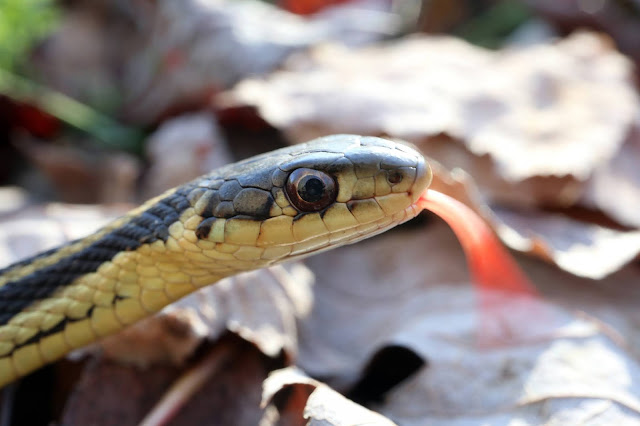 Surprising Macro Photography for an October Day Eastern Garter Snake ( Thamnophis sirtalis sirtalis ) Prescott-Russell Recreational Trail, Ontario, Canada. Every year I go with a friend on a long hike along the Prescott-Russell Recreational Trail to Orleans. Most of the time there is very little to see as it is always in late Autumn that we go on our stroll along the boundaries of the Mer Bleue Conservation Area . Came across this adorable Garter Snake who was a great poser for the camera. Macro subjects were found on the edge of the path & birds fluttered in the trees, flora & fauna was there to be discovered. I guess you just have to take a closer look to find the little things of this nature world. Clouded Sulphurs ( Colias philodice ) fluttered in the breeze of the day. Common Milkweed ( Asclepias syriaca ) seeds popped from their pods & waved in the wind on the Prescott-Russell Recreational Trail, Ontario, Canada. Mealy Pixie-cup ( Cladonia cholorophaea ) lichen
Post a Comment
Read more 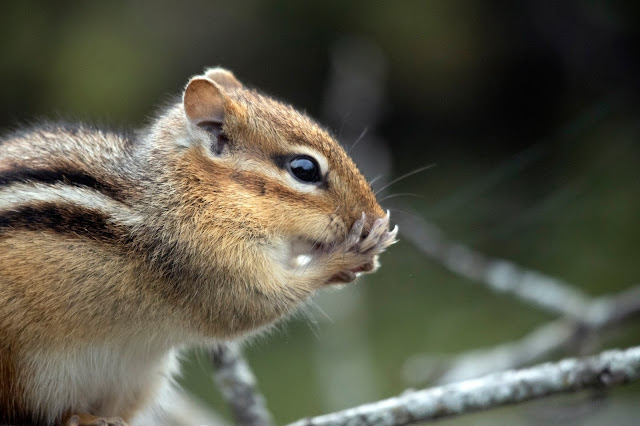 The Little guy was Doing his Thing Eastern Chipmunk ( Tamias striatus ) was on the shoreline of the Ottawa River performing all kinds of cute acts. He was totally unafraid of the clicking camera & I was able to come quite close to him while he was doing Chipmunk things. To tell the truth this was I believe the first time I have seen one of these little critters yawn, I don't know if he was bored or just tired from the day. I do love to document these little guys for they do the darnedest & cutest acts infant of the camera at times. He was aware of me but just didn't give a damn while he preened & carried on. He was such a nice little surprise at the Britannia Conservation Area, Mud Lake, Ottawa, Ontario, Canada. The Big Yawn. Playing with his nose. Wishing for more nuts ... possibly ? Very aware of the camera.
Post a Comment
Read more 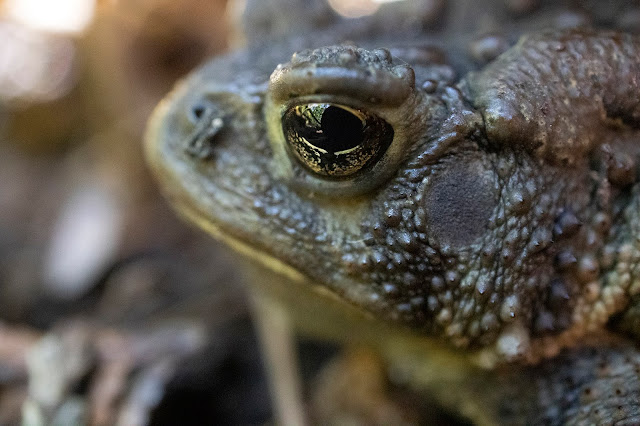 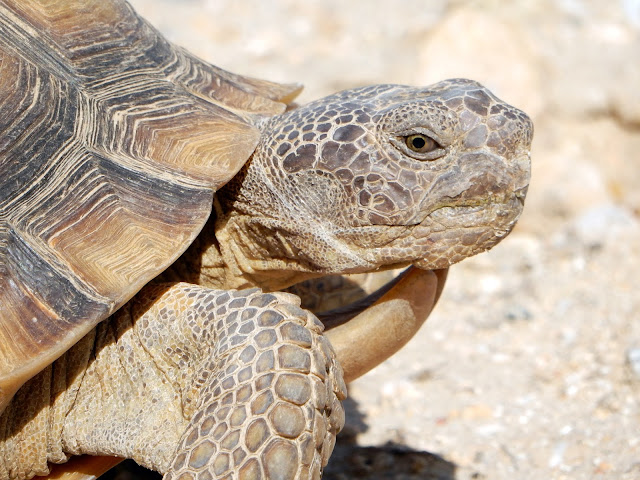 The old Wise Ones of the Desert Mojave Desert Tortoise  ( Gopherus agassizii ) Kelso Sand Dunes • Mojave National Preserve, California, United States. Listed as vulnerable: Conservation Status: imperiled (S2) in California, US (NatureServe). It was an absolute dream to come across this old guy in the Mojave Desert. It was totally " Why did the turtle cross the road ... " & he sure took his time in doing so. But this magnificent creature of the desert was sheer joy to photograph & he kept his gaze upon me as he slowly moved along. It was truly an experience of a lifetime. I have always been so fortunate & lucky with my encounters with wildlife & this guy was surely to make a top position in my adventures in the great outdoors. Who ever thought I would come across one of these rare & precious reptiles while wondering the hot desert ? This all happened while I was on a trip with my father to the American Desert way back in April of 2016. It was a most wonder
Post a Comment
Read more

At Home Watching Cartoons & Goofing off on the Interweb Some videos I put together this week : Cherry-faced Meadowhawk Bronzed Tiger Beetle : Autumn Meadowhawk : Been spending most of the day photographing weird things like rocks & fridge magnets : The things I get up to on a cold rainy autumn day. I was suppose to go on a long hike today ... but the rain rain did not go away. Thank goodness I had National Drink Beer Day & International Coffee Day to celebrate this week. I also took a four day weekend ... so I have been goofing off for quite a bit this weekend. Any hoo I hope you like the videos, it was my first attempts at creating a macro video. & boy oh boy you can see the shaking & the problem of keeping focus. Hopefully in time I will get better, when I purchase a gimbal or a tripod.
Post a Comment
Read more 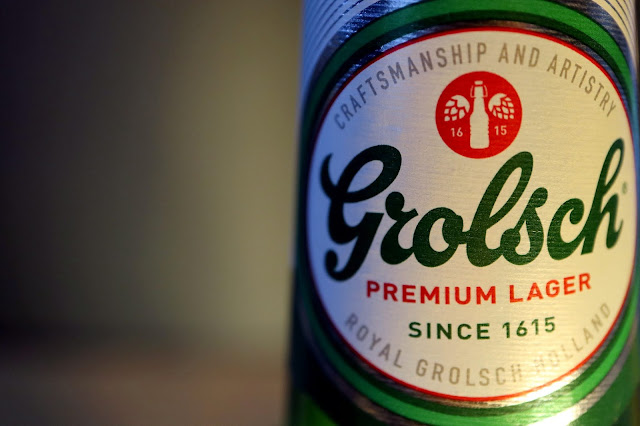 Cheers Everyone ! My beer of choice : Grolsch  I have been drinking it since I was a teenager & able to consume the wonderful golden nectar that is beer . Usually enjoy the Heineken while out due to it being more widely distributed at the pubs & bars.  Like most things, we look to the ancient Egyptians for answers. Historians point to beer as a ceremonial drink over 5,000 years ago because papyrus scrolls have been discovered documenting early beer recipes. But the Mesopotamians may have actually been the first to develop beer over 10,000 years ago, before recorded history. Enjoy some suds today you deserve it ! I am a serious beer drinker & here is my stein to prove it. I bought this beautiful hunting motif stein while I was in Koblenz, Germany.
Post a Comment
Read more 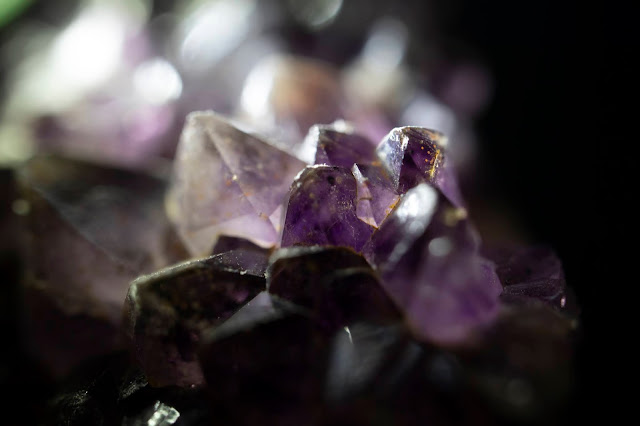 Amethyst Explored with a Macro Lens So my Photo Community that I am a part of implements a challenge photo every week on Friday & they call it Flickr Friday . The challenge they put out was how to represent the colour Purple . I swiftly went to my mineral box to fetch my Amethyst crystals that I have collected over the years or that have been given to me by my Uncles' as gifts. I am very fortunate to have an extensive collection of rock samples that I can go to when there is a unique photo challenge or I just want to photograph interesting perspectives of the rocks. I have a humungous geode that was given by my Uncle from  Amherstburg that I got when I was a wee young one.  But anyways I am getting sidetracked ... The Photo Community Purple Challenge : My photo was a big hit. Not only featured on the Flickr Friday page it was feature in Explore where it got maximum exposure & views & likes ensued to make it one of my most popular images that I launched on the site.
Post a Comment
Read more
More posts

GreggCheekyMonkey
Ottawa, Ontario, Canada
“Our moments of inspiration are not lost though we have no particular poem to show for them; for those experiences have left an indelible impression, and we are ever and anon reminded of them.”~Henry David Thoreau Experiencing nature and the great outdoors is a passion getting a photo is an added bonus. My favourite organism to observe is the tiger beetle (Cicindelidae), they are fun to chase & their behavior is always entertaining. Welcome to my page of images and interests, I hope you enjoy them as much as I do.